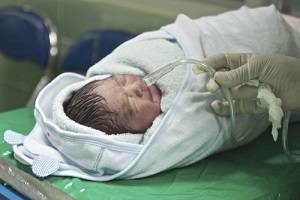 Earlier this month, a jury in Cook County returned a verdict in favor of a family whose child suffered severe injuries during his birth in 2009. The jury awarded the family more than $50 million in damages—reportedly the third-largest medical malpractice verdict on record in the state.

The lawsuit was filed in 2014 against NorthShore University Health System, Evanston Hospital, and several doctors and nurses. The health system is expected to appeal the verdict.

A Tragic Series of Events

In March 2009, a 35-year-old woman went to Evanston Hospital, part of the NorthShore University Health System, to deliver her first child. She was in labor for 12 hours, but at the end of it, she gave birth to a son. The child, however, was born with blue coloration and a dangerously low heart rate. He was also unable to breathe on his own. For the first hour after his birth, the hospital staff worked to push oxygen to the boy’s brain and organs. Ultimately, the infant was determined to have suffered a permanent, severe brain injury called hypoxic ischemic encephalopathy (HIE) caused by the lack of oxygen reaching his organs. As the boy started to grow, evidence of cerebral palsy began to show. His vocabulary was limited, he struggled to walk, and he suffered from bilateral hearing loss.

In 2014, the family filed a lawsuit against the health system, the hospital, and some of the staff claiming that they did not recognize the signs of fetal distress at the time of his birth. The suit alleged that the child’s injury was preventable and sought financial damages to cover the costs of medical care, along with other compensation. The lawsuit claimed that even though it was clear that the infant was not tolerating the stresses of labor very well, doctors insisted on giving the mother a drug called Pitocin to speed up her labor. Pitocin is known to increase risks of added stress to the baby during childbirth. The family also alleged that the decision to do a C-section was unnecessarily delayed.

During the trial—which lasted 11 days—the health system reportedly offered the family a $10 million settlement. Attorneys for the family said that $10 million would not be enough to cover the expenses that the child will incur throughout his life. The case was decided by a 12-person jury, which found that the staff failed to act reasonably. As a result, the family was awarded $50.3 million in damages.

Very few types of injuries are as traumatic as those associated with child birth. They are especially tragic because they often rob innocent children of the chance to live a normal life. The added stress and challenges to the child’s family can also be nearly immeasurable.

If your child suffered an injury at birth and you believe a medical mistake was the cause, contact an experienced DuPage County medical malpractice attorney. Call 630-462-1980 to schedule a free consultation at Walsh, Knippen & Cetina, Chartered today.