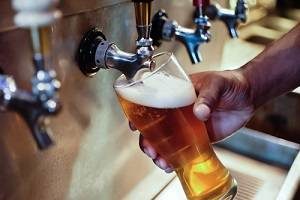 When a drunk driver causes an accident, he or she is generally liable for any injuries or fatalities that occur as a result. For most injured victims, the first step in recovering compensation is to file a lawsuit against the intoxicated driver, but there may be other parties who could share in the liability for the accident. In fact, there are situations in which bars, restaurants, or other establishments could be held responsible for overserving the drunk driver prior to the crash.

Last month, a judge in St. Clair County presided over a trial regarding a 2010 crash that claimed the life of a woman and sent her husband to the hospital for six months. The couple was a long-haul trucking team and the two were westbound on Interstate 64 in Illinois just east of St. Louis in the early morning hours of November 17, 2010. According to reports, a drunk driver was driving east in the westbound lanes when he crashed into the couple’s truck. The truck went down into the median, fell to its side, and caught fire. The woman died at the scene while the man suffered severe burns and was left totally disabled.

Reports indicated that the drunk driver had spent the evening at a strip club in St. Louis, where he became intoxicated. The injured man filed suit for his injuries and the death of his wife against the club under Illinois’ dram shop liability laws.

Following a bench trial, St. Clair County Circuit Court Judge Vincent Lopinot found that the club had continued to serve the drunk driver even after he had become visibly intoxicated. The judge awarded the injured man $37.5 million in damages.

Bars and other establishments that serve alcohol are required to be responsible with how they do so. Bartenders and servers must take care not to continue serving any patron who shows visible signs of intoxication, including slurred speech, trouble balancing, and reduced fine motor skills. If the establishment continues to serve a customer who is already drunk, the business and the individuals who served him or her can be held partially responsible if the customer leaves the establishment and causes an accident.

To be successful in a dram shop liability case, the injured party must show that the establishment knew—or should have known—that the customer in question was already intoxicated but continued to serve the individual anyway. These types of cases often rely on the testimony of witnesses, many of whom were likely drinking also, so recovery is far from guaranteed.

Call Us for Help

If you or someone you love has been injured by a drunk driver, an experienced DuPage County personal injury attorney can help you explore all of your options for recovering compensation. Call 630-462-1980 to schedule a free consultation at Walsh, Knippen & Cetina, Chartered today.